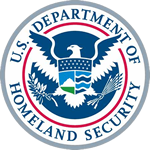 Under the Visa Waiver Program (VWP) administered by the Department of Homeland Security (DHS), citizens of 38 countries –including Singapore, were previously permitted to travel to the United States for business or tourism for stays up to 90 days without a visa.

Effective 05 August 2019, travellers in the following categories are no longer eligible to travel or be admitted to the United States under the Visa Waiver Program (VWP):

E-Passport
Side note: As of 01 April 2016, travellers must have an e-Passport to use the VWP. An e-Passport is an enhanced secure passport with an embedded electronic chip, readily identifiable from its unique international symbol on the cover.